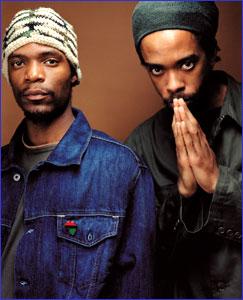 Ever since Dubya became president the first damn time, there has been speculation in some circles that he could potentially be the Antichrist. Many have suggested it, but no one in the world takes this claim more seriously than R. Stephen Hanchett. On his webpage, aptly titled Bush Is The Antichrist, he presents quite an ambitious list of arguments in favor of his assertion. He utilizes the power of mathematical equations, biblical quotations and really bad music to fuel his theory. In addition to this, he painstakingly spells out the connections he has traced between Bush, Nero, Judas, and Herod. Probably the best part is that Hanchett posts samples of the e-mails he receives, along with his rather amusing replies. His ideas really seem to strike a nerve with the Zombies for Bush. After reading several of these comments, I've concluded that Hanchett is certifiably insane, and the Bushies are an angry lot who truly don't know how to spell. See it here with your own eyes: http://www.bushisantichrist.com/

If Bush isn't the Antichrist, is it possible that he's God? One can only hope that your answer to this question was a resounding no! However, if you really want to explore this possibility, I can't stop you----go check out the Bush is Lord website: http://www.bushislord.com/index.php. Actually, this site is 100% satirical, and has some very sarcastic, yet nicely understated Bush humor that I thoroughly appreciate.

Speaking of people with a God Complex, P. Diddy is allegedly changing his name once again. Too bad he can call himself whatever the fuck he wants, and Bad Boy still sucks: http://ehiphop.org/community/article120.html.

M1 from dead prez recently did an interview discussing Assata Shakur's case: http://news.ncmonline.com/news/view_article.html?article_id=72c689c3b806ef7f3dc0a93f9134c450. A couple of months ago, Mos Def also wrote a commentary in support of Shakur, criticizing the government's labeling of her as a "domestic terrorist": http://news.ncmonline.com/news/view_article.html?article_id=83b5d162037a65930cc2b3a407dd0083.

Finally, you don't have to shed any more tears over America's favorite Caucasian rapper. Eminem is back in the game----and apparently he never really left. Shady says that he only intends to take a brief hiatus, but promises that Encore will not be his last album: http://www.shadybase.com/news.php?article=935. This was nothing more than a half-assed publicity stunt if you ask me---the Shady/Aftermath camp really seems to enjoy these media-hyped ploys for attention. And people said Jigga came out of retirement too quickly...
Posted by Scholar at 4:46 AM