Giving Peter An Air Of Prickitude: The Sequel 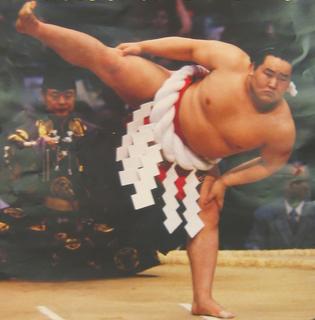 When I wrote the original post on Durex's dickorations, I promised to be back another day with some historical background information on this phenomenon. I can't explain why today is that day...it just is. So here you go:

Upon doing hours of tedious research on penis costumes, I have learned that the genesis of this idea comes from Japanese culture, and more specifically, from the ancient art of kokigami. In a nutshell (pun intended), kokigami is the practice of dressing up and adorning the penis so that it might be presented as a gift to one's lover. Depending on who you ask, the concept either evolved from origami (art of paper folding), or kirigami (cut art). Either way, these paper penis outfits ( called kokis) appear to date back as early as the 8th century in Japan. Initially, only aristocrats practiced the art, due to the hefty pricetag on paper. By the late 18th century, the price of paper had dropped, and even the poor dudes could afford to get their swag on with some fly-ass duds for Jimmy.

So why the hell do people practice this "art"? Apparently, it allows the male to channel his penile energy into the creative exploration of different characters and ideas. It is also supposed to relax the female partner by lightening the mood during sex (nothing eases tension like ridiculous dickwear). Can you imagine losing your virginity to the man in the photo above? Hopefully, he dresses his penis with something super-friendly---like maybe a bunny rabbit.

Burton Silver and Heather Busch (?????) have written a book on this subject---Kokigami: Performance Enhancing Adornments for the Adventurous Man. You can learn more about the history of kokigami, and have a variety of cool penis customes to cut out, depending on your mood. Some of my personal favorites are "the flashy sports car", "the expectant pig", "the slobbering dog", and 'the exploratory space shuttle". You can purchase the book and/or read more here: http://www.kokigami.com/roots/origins.html

The authors seem convinced that this whole thing might just catch on in the West. It's possible, but I think the Japanese are even more obsessed with dick than people in our culture. If you doubt this, take a moment to view some photos from Japan's Penis Festival: http://ehacked.com/front_page/articles/japans_penis_festival/.

So the Ying Yang Twins have that dumb-ass joint "Wait (The Whisper Song)". Who the hell told these cats that ANYBODY wants to see their genitals? I hate to tell them, but if kokigami catches on over here, they're going to have to step their game up quite significantly. If they want to hype everyone about seeing their damn penises, they'd better slap a pretty impressive koki on that bitch or something. The bar has been raised, son.
Posted by Scholar at 3:00 PM