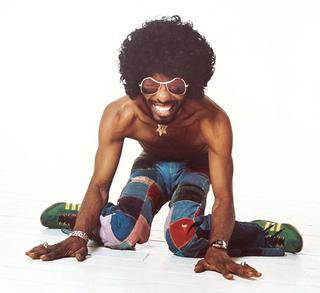 When I was initially thinking about this post, I thought I might make it the first in a new series. I thought I might call it something like "Controversial And Bizarre Religious Practices: Part One", or "Really Weird Shit People Do In The Name Of Spiritual Salvation: The First Chapter".
The problem is, I'm too noncommittal for that sort of thing. I don't want to be locked into promising anything about tomorrow. I don't want to pull a George Lucas, and just decide at the last minute that I'm not going to finish what I started. Be that as it may, I do have a religious ritual I'd like to write about today---the fascinating concept of baptism by proxy.

Baptism by proxy is practiced by Mormons, aka members of The Church of Jesus Christ of Latter-day Saints. Don't worry---I'm not trying to single out this particular religion, even though it's ripe with child abuse, sexism, polygamy and suits my definition of an organized cult. I'm critical, jaded and nihilistic in general, so no personal offense intended towards Mormons (or the people who love them).

Now that I've gotten that lengthy disclaimer out of the way, I feel better about telling you that I think baptism by proxy is total bullshit. The basic premise is that a living Mormon can step in for a dead person, so that they can be posthumously baptized, and subsequently achieve salvation. When this tradition first began, it was believed that a person could only step in for a deceased relative. However, the Mormons started expanding on this concept, and started baptizing all kinds of different people by proxy, including a number of celebrities. In one of Russ Kick's books, The Disinformation Book of Lists, he mentions a number of famous people who the Latter-day Saints have baptized long after they were six feet under. Examples include Napoleon, Christopher Columbus, Abraham Lincoln, Paul Revere, Leo Tolstoy, Joan of Arc, Anne Frank, Dwight Eisenhower, Albert Einstein, William Shakespeare, Sigmund Freud, and all the signers of the Declaration of Independence. More info on the book here: http://www.disinfo.com/site/displayarticle3074.html

Perhaps the most controversial baptisms have been those of numerous Jews who died in the Holocaust. Many Jewish people view these practices as offensive and intolerant, particularly because many Jews were forced to undergo involuntary baptisms in Europe during the Middle Ages. The Mormon Church has repeatedly promised to cease and desist, but the government has had to intervene, and every so often they are exposed for continuing to engage in these practices. Read more here: http://abcnews.go.com/US/wireStory?id=661603 and here: http://www.jewishgen.org/InfoFiles/ldsagree.html.

So let me get this straight...I can keep smoking weed, cussing, having sex outside of marriage, and a Mormon can still save my wretched soul after I die? Maybe there's some validity to this whole thing after all---seems like something I should explore. I'm pretty sure that there is only about three degrees of separation between myself and some Mormon chick in a neighboring county. I really need to contact her, considering the way I've been living and all.

The main reason I wanted to expose this practice is because it truly offends my "live and let live" philosophy....or in this case, "live and let die". People who self-righteously force their belief systems on others are the very people who are destroying the world we live in today. Fuck that...

Speaking of those who've departed this earth for the spirit world, the lead singer of the Chi-Lites died several days ago. Eugene Record fronted the band that brought us classic songs such as "Oh Girl" and "Have You Seen Her?". He died of cancer last Friday at the age of 64: http://www.cnn.com/2005/SHOWBIZ/Music/07/25/obit.record.ap/?section=cnn_showbiz.

So what's the story with the photo of the legendary Sly Stone? You were probably thinking that I posted his image because he's a crazed Mormon or something, didn't you? Actually, he's up there because a tribute album is being planned for release this September, in celebration of the funkalicious goodness that was ( and still is) Sly and the Family Stone. This makes me feel nervous and anticipatory at the same time. Some of the artists who will be on the album are John Legend, The Roots, Joss Stone, will.i.am, John Mayer,D'Angelo, Chuck D, Big Boi, Isaac Hayes, Big Boi, Janet Jackson, Buddy Guy, Maroon 5, and Nappy Roots. Info about the project, and complete track listing here: http://hiphoprnbsoul.com/web/index.php?option=content&task=view&id=704&Itemid=72. More about Sly here: http://www.slystonemusic.com/.
Posted by Scholar at 3:11 AM

The great beyond thing was just a joke because back in the day, brotha always seemed pretty spaced out. At the time, I thought it kind of worked because I'd been talking about dead people, and it seemed a humorous segueway. Thanks for helping me realize that didn't quite come across properly. I am changing my wording as we speak. Peace.

Cool this post blog mr :) i have a site to on Cheatcodes maybe we could exchange links TAKE CARE Scholar