If you aren't already familiar with his expertise on all things hip hop, the time has come for you to get acquainted with Jaz. Hailing from Wellington, New Zealand, Jaz has quite an impressive "rap sheet". Not only did he run an underground hip hop radio show for 15 years, but he's also proficient in writing, rhyming, DJing...and just about anything else you can imagine. More recently, he's become legendary in the cyberhood, where he holds down one of the finest locations on the internet---Cold Rock Da Spot. There he keeps a mixture of beloved hip hop joints and lesser-known obscurities in constant rotation for his devoted readership. If you're interested in learning more about him, be sure to check out his recent interview with my friend Travis at Wake Your Daughter Up.

For his guest post, he was kind enough to break down the history behind underground heavyweights Tha Alkaholiks. Many thanks for stopping by to school us, Jaz...Scholar 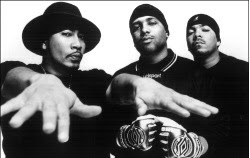 DJ/Producer (and MC) E-Swift and his amazing MCs J-Ro and Tash were one of a kind, a legendary West Coast rap group that always had the best of the West and East Coast styles and sound.

First known as ESP, it wasn't until 1991 (when the other group ESP on Atlantic made them look at changing their name) that LA rap vet King Tee christened them as the World Famous Alkaholiks (later shortened to Tha Liks).

E-Swift first appeared on the King's dope 1990 At Your Own Risk LP on the cut "E Get Swift".

In 1992, the King enlisted his new crew on the classic single "I Got It Bad Y'all", a fat concoction of infamous Lou Donaldson jazz drums (the best use ever, in my opinion), bass, James Brown samples, horns, and the unique flows of all three sounding just as at home alongside the King as they did when they appeared on "Bust Dat Ass". Both tracks appeared on the The Triflin Album in 1992, which eventually led to the crew being signed to Loud records.

The first single, "Make Room", featured hard-hitting Sly and The Family Stone drums, J.B.'s trumpet squeal, and a classic Slick Rick sample. The track is still a dancefloor anthem to this day. The Liks never claimed to be role models and the lyrics were often centered around partying, liquor, girls, twos, Hip Hop and having fun, with the line “aint no party like an Alkaholik party” eventually becoming a slogan.

In 1993, the 21 & Over LP followed, and was a classic (albeit short) album of classic breaks, cuts, loops and intoxicated rhyming. It also featured a young and unknown crew named Lootpack on "Turn The Party Out". 21 & Over also signaled the debut of Threat. 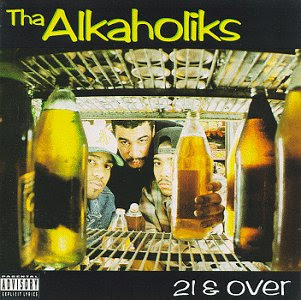 This album also saw the beginning of The Likwit crew, with King Tee appearing on "Likwit", and E-Swift producing the 1994 street anthem "Duck" for King Tee's (in my opinion) dopest album, King Tee IV Life.

In 1995, Coast II Coast was released. It was just as dope as the first one, and contained the hits "Daaam" and "The Next Level". The album featured not only 2 really dope Diamond D beats, but also an incredible Madlib beat. Declaime was introduced on "WLIX" and a young Xzibit also appeared on a couple of tracks. The album also spawned a sought-after Diamond D remix of "The Next Level", and the crew also released the title track, "Coast II Coast", on the Friday soundtrack (and not on the actual album, which I always found odd). 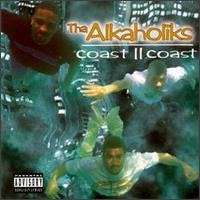 By now Tha Alkaholiks were very well-known names, and other groups started coming to E-Swift for his beats. Between 1995 and 2002, he laced tracks for Heltah Skeltah, King Just, Defari, four tracks on Xzibit's debut At The Speed Of Life, OGC, Everlast, Tash, Dilated Peoples, Phil Da Agony, The Barber Shop MC's, and others.

In 1997, the crew dropped their fourth album. Likwidation wasn't as good as the first three, but there were still some great tracks. The album had a mass of guest artists from Keith Murray, the late, great and certifiably insane Old Dirty Bastard, Lootpack and The Whoridas, with beats from Easy Mo Bee, Madlib, T-Smoov, and of course E-Swift.

By the time they dropped their fifth album, X.O. Experience, rap had changed and Pharell was having his heydays, so they enlisted him for their first single off the album, "Best U Can". I honestly thought it was a very average album, but there were a few gems like the rocking DJ Scratch produced "Bully Foot", "My Dear" and "Bar Code", featuring Xzibit and produced by E-Swift.

In addition to what I have listed, J-Ro has appeared on tracks with J-Zone, Dangermouse and Jemini, The Hieroglyphics, Coolio, Masta Ace, De La Soul, Stimulated Dummies, Daz and Kurupt, The S.T.O.P. Movement (Paris), Prince Po, as well as some solo cuts.

Besides his solo album, Tash has appeared on tracks with Madkap, Ras Kass, Mos Def, De La Soul, Rakaa, Ice-T and Q-Tip, Tony Touch, Phil Da Agony, Spontaneous, Prince Paul, Beat Assailant, Classified, Federation, and others. In 2006, they released their final album Firewater, which a lot of people slept on, but the album had some great tracks and was much better than X.O. Experience.

I have done up a compilation of remixes, b-sides and other Liks material. I have no doubt there have been others up, but this is my dedication post, and my compilation as a salute to Ro, Swift and Tash....Bottoms Up...hic

Special thanks to my man Riffs for some dope hook ups and of course thanks a ton Scholar, I appreciate it a lot...

(Note: If you're interested in this exclusive compilation, contact Jaz at coldrockdaspot@hotmail.com to request a copy. He prefers this method of distribution to "annoy the leeches".)

"Music is your own experience, your own thoughts, your wisdom. If you don't live it, it won't come out of your horn. They teach you there's a boundary line to music. But, man, there's no boundary line to art."---Charlie Parker
Posted by Scholar at 11:41 AM

The alkaholics have always been one of my favorite groups, good shit as always Jaz-O and skiddy skiddy scholar.

And Remember, Tash wasn't on the two "Trifflin Album" tracks because he was locked up at the time for a DUI "DUEY" charge.

Tha Liks shows are great, I saw them in '97 after almost leaving after seeing the "KottonMouth Kings" open for them.

I always thought that E-Swift was one of the better producers in the game that deserved more credit than he got. Oh, and Likwidation was a great, only reason it gets knicked is because it was longer than the previous two albums.

You know what to do Jaz, hit me up.

Nice one Jaz. I used to be a Likwit junkie back when so I'll be hitting you w/ a request for that comp.

Scholar its nice to see some hippity hop around here again.

what album does that track "contents under pressure" come from?

Contents under Pressure is from Likwidation.
Great write up Jaz.
Props on the comp.Dope blog,Scholar.

Excellent funk legends, they're the original ones and the fathers of that tendency, for me they're the best ones.