Before They Were (Rap) Stars

There was no way that I was going to run a guest series at the spot and not invite my man Fresh to join the party. There are a couple of reasons for this. First and foremost, his site 33 Jones has been mandatory reading for me for quite some time. He's an incredibly articulate and well-informed writer, in addition to always being ridiculously ahead of the game when it comes to dropping knowledge about what's going on in and beyond the hip hop universe. Also, let it be known that Fresh has been part of my internet fam since back when I only had a few readers a day and no one else gave a damn about what I was doing over here. Without a doubt, he's one of the realest, most loyal people I've met since Souled On's inception. Thanks for the stellar post...and everything else, cousin...Scholar

A couple of years ago, Scratch magazine ran an article about the legendary Bomb Squad crew and the early days of Public Enemy which included a passing reference to the fact that Public Enemy Number One, the song that convinced Rick Rubin to sign the group to Def Jam, originally started out as a promo for a radio show that Chuck D-going by the name "Chuckie D" at the time- hosted on WBAU. I'm a huge fan of P.E., so after reading that article I made it a priority to track down the original version of the track. I have yet to find the original demo (if any of you have a copy of it, please get at me!) but as a result of my quest, which took me through virtually every hip hop-related site on the internet, I came away with a bunch of songs from various rappers that were put out before they became famous. Perhaps I'm alone in this, but I've always been fascinated by hearing the early work of rappers before they developed the image and style that eventually gained them mainstream success. What follows is a random sampling of some of those tracks: 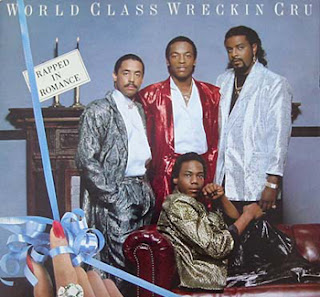 Having spent my formative years listening to the rap of the late 80'sand early 90's, Dr. Dre is, and always will be, the face of gangsta rap to me. I realize that there are many of you who would take issue with that statement, but his work on Straight Outta Compton and The Chronic are, in my opinion, the pinnacle of the genre. So I always found it a little hard to believe when Ice Cube, Eazy E and Tupac all made reference to the fact that Dre went from "wearing lipstick to smoking on chronic at picnics." It wasn't until the advent of the Web, where every celebrity's most embarrassing moments have been catalogued and made readily available to the public through the magic of search engines, that I finally got a chance to see him dressed up as a member of the World Class Wreckin' Cru along with fellow N.W.A. Yella Boy. Perhaps more surprising than seeing Dre looking like an extra in a Michael Jackson video was hearing the actual music itself: Mission Possible. 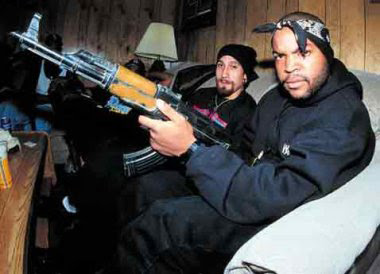 It wasn't until Dre hooked up with Ice Cube to form the group C.I.A.that he stopped making electro beats and made the transition to hardcore rap. Here's one of the tracks from their days as C.I.A.: My Posse. 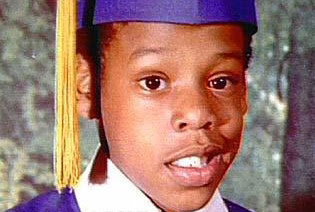 When a young Shawn Carter dropped from the sky and into the middle of Jaz O's luau in Hawaiian Sophie, could any of us have predicted his domination of the rap game in the coming years? 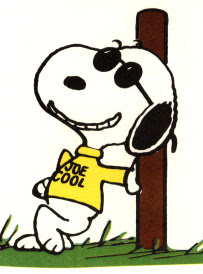 If the Joe Cool sunglasses and Hawaiian shirt didn't have you questioning his future in hip hop, his lyrical style at the time certainly did not suggest that he would be capable of putting out a song like Dead Presidents just a few years later. Here are two of his early tracks, from his pre-Roc A Fella days: The Originators w/ Jaz-O and Can I Git Open (peep the video here). Jay would continue his ride on the Thuggish Ruggish fast-rap bandwagon into '94 on I Can't Get With That before slowing down the tempo for In My Lifetime. After singles with Mic Geronimo on Time to Build and Foxy Brown on Ain't No, Jay finally settled on a lyrical style that he would stick with through the end of the Roc-A-Fella dynasty, at which point he started rapping to the thirtysomething crowd completely off beat. 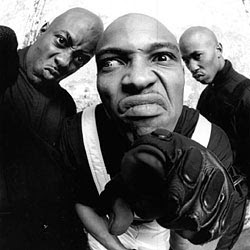 Remember Onyx, the mean-mugged leaders of the early '90s Mad Face Invasion? In this post-G Unit world they're probably best known for introducing a young, ice-skating 50 Cent in the days before Supreme left him with a bullet in his jaw (due in large part to 50's name-dropping on Ghetto Qu'ran) and a surprisingly radio-friendly lisp. But years before that, Onyx made a name for themselves as grimy stick up kids-turned-rappers, spending more time shouting over beats than actually rapping. On the first single that they released, however, their sound was almost unrecognizable from the raspy, hardcore vocals that became their signature: Ah And We Do It Like This. 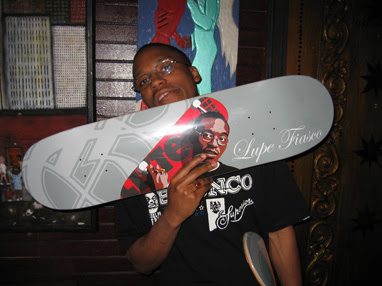 Onyx, of course, are not the only rappers to find commercial success after adopting new personas. One of the more recent examples would be Chicago's skateboarding voice of consciousness, Lupe Fiasco. Most of us first heard Lupe when he took the beat for Kanye's Diamonds and flipped the lyrics into a condemnation of the blood diamond industry, an idea Kanye himself would jack for the video to the song (to make amends, the Louis Vuitton Don let Lupe drop 16 bars on his next single Touch The Sky). Lupe wasn't always so focused on ollies and socially conscious lyrics, though. A couple of years before he signed with Atlantic he was dropping hardbody rhymes like every other aspiring trap star at the time, even going so far as to claim that he "push rocks, dawg," a fact that came to light when one of his early demo tracks made the rounds shortly before his album Food and Liquor was released: Pop Pop (link via rizoh). As far as I know, Lupe has never responded directly to questions about this track beyond a vague acknowledgment that he was willing to rap about anything to get a record deal. Perhaps the best response we'll get from him comes on his mixtape track Switch, in which he switches back and forth between the personas of a conscious rapper and a gangsta rapper.

Well, that's all I've got for you today. Thanks for indulging me, and shout out to my man Scholar for holding it down for the past couple of years!

"You can call me old school, but I'm no fool
Cause back then, at least we had a hip hop rule
And the rule was you got to be original."-Doug E. Fresh

This is a very good blog entry! I knew about Dre and Jay... but ONYX and Lupe?!?! Wow.. very informative.

And the CIA song? Great job.

I'm an avid reader of your blog, I just dont usually leave a comment. I will do so more often.

Cool, I was hoping there'd be at least one song in there that people hadn't head before.

leck---Much gratitude for your avid readership. Fresh deserves all the props for this particular post, though.

many thanks 4 your old breaks posts.
I really appreciate it,

this is the shit ... i knew all this except the 50 in an onyx video and lupe slangin'..

The original Public Enemy #1 is available for download here:
http://www.slamjamz.com/artists/singles/2

Ghost, good looking out! I've been looking for this version for so long, I didn't think I'd ever hear it.

I found a great deal of helpful info in this post!

I got words for u u will love