The Language Of The Unheard 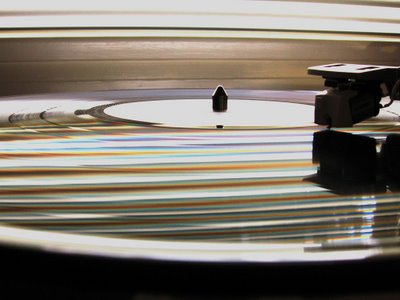 A few essential ingredients for a soulful Sunday afternoon:

"You Ought To Be With Me"---Al Green
This has always been one of my favorite tracks from Call Me (1973), which many soul fans seem to consider the quintessential Al Green album. The LP garnered a fair share of critical acclaim at the time of its release, and also achieved commercial success on the strength of a few hit singles. This is another track that has frequently been mined by sampling artists---perhaps most memorably on the RZA-produced joint "260" that appeared on Ghostface's Ironman LP. One of Ghost's comrades in the Wu, Masta Killa, also released a track that borrowed from the song:

"Pass The Bone (Remix)"---Masta Killa
I might have thought it was reprehensible for Masta Killa to release a track with the same sample as a well-loved joint by one of his Wu bretheren, but it ended up being one of the nicest tracks on his Made In Brooklyn LP. The way that producer Jig Sor flipped the sample was just lovely, and distinctive enough to put an entirely different spin on Green's classic recording.

"Requiem: 820 Latham"---The 5th Dimension
I've played this song for about ten of my "real life" friends so far, and I've concluded (based on observations of my relatively inadequate, and highly bizarre, sampling pool) that this is one of those tracks you either L.O.V.E. or H.A.T.E. I have personally developed a sincere appreciation for this song, despite the fact that I realize something about it might be a bit too melodramatic and overblown for some of my more thuggish peoples.

I first heard The Magic Garden (1967) LP quite a few years ago, and it didn't make much of an impression at the time. I'm a firm believer in the concept of "readiness" when it comes to music appreciation, and at that point, I couldn't fathom assimilating The 5th Dimension into the soundtrack of my life. Unfortunately, I didn't give this song a genuine listen until I heard the way MF Doom flipped it on "Krazy World" (from the King Geedorah Take Me To Your Leader LP). It seemed to me that Gigan mainly spit lyrical nonsense on the track, but I still had an inexplicable love for that melancholy, repetitive little beat . Obviously, I was pleased that Doom also released the instrumental version of the joint (on Special Herbs Vol. 3 &4) as "Benzoin Gum". Thought I would up that track, too, just in case some of you still have haven't copped it...

"Wild"---J Dilla
As any serious Jay Dee aficionado can tell you, the Ruff Draft EP is one of his more difficult efforts to acquire. Originally, it was released on Dilla's own label, Mummy Records, and distributed by the German label Groove Attack. The record dropped in 2003, but was available exclusively on vinyl, and went out-of-print rather quickly. The EP marked somewhat of a shift in Dilla's musical perspective, and represented an obvious departure from the sound he had established earlier in his career as a producer for Slum Village, Common, The Pharcyde, A Tribe Called Quest, etc.

At any rate, Stone's Throw has announced plans to re-release the effort in March 2007, complete w/ alternate and instrumental versions. After listening to my advance copy, I'm guessing that the reviews are going to be a very mixed bag. I definitely don't think it will be as easy of a sell with hip-hop heads as Donuts or The Shining...we'll see how fucking psychic I am very shortly.

It's highly possible that if Dilla released an album with nothing but squealing pig noises accompanied by samples of a deaf man playing the kazoo, I'd still find a way to justify buying it. As a result, I don't feel qualified to write anything resembling a review. I'm just hoping that 110% of you will do the right thing and actually buy this record when it comes out. Fortunately for you, I decided it would be rude if I didn't post at least one track in the meantime...Appreciate.

"I submit to you that if a man hasn't discovered something that he will die for, he isn't fit to live."---Martin Luther King, Jr.
Posted by Scholar at 6:32 PM

Powerful blog. It's always interesting to find tunes that escorts one into a dimension of new meaning and understanding. Life's funny that way. You have definitely been an asset to the mental change.

I love the way that the Al Green sample was flipped on that Masta Killa track, especially the thumping bass drum. It wasn't until recently that I realized the original "Pass the Bone" came from GZA's first LP (the one on Cold Chillin').

I ran across that orginal Ruff Draft EP on SoulSeek back in the day and it is one of his more......interesting releases. I haven't heard the re-release yet (if it is any different). Should be intersting.

that 5th dimension track was used on somthing else too. someone used the vocals sped-up. its driving me crazy! someone please tell me who it was!

that 5th dimension track was used on somthing else too. someone used the vocals sped-up. its driving me crazy! someone please tell me who it was!

flood---Thanks for reminding me about that GZA joint. I haven't played that track in years, and I actually forgot all about it.

Travis---I don't know if the final release will be the same deal as what my friend gave me the other day, but if so, I'm not as impressed as I wanted to be. It's a must-have for Dilla fans because of the inclusion of the instrumental versions and stuff. The whole alternate version thing is a little trumped up though---the alt. versions are just interludes that last about a minute. I'm hoping that what I have isn't the final version.

Anon---I'm not sure, but you may be thinking of "Full Moon" by Killarmy. They used a sample of the song, too, but it sounds like a female does the vocal on whatever they sampled.

Hi Scholar. I just wanted to say that I really like this blogsite! I love when you post the sampled songs in edtion to the rap songs. I'm pretty new in the blog "business", but you're all welcome to visit our site. We're Norwegians and we do posts about old and new hip hop we find interesting...as well as sampled songs!

I remember that Al Green track popping up on a couple of Pete Rock cuts as well.... that bridge is fucking dreamy perfect with that little string arrangement.

JT---yeah, Pete mines some of the greatest samples to be found. He flips both classic tracks and obscure records, but everything he touches turns out funky either way.