All That Was And Will Be 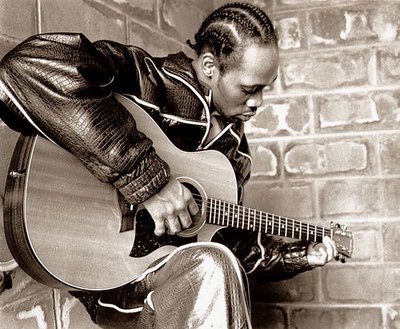 I could keep offering poor excuses for why this link post is so delayed, but no one really cares that my boss pees herself because she's too lazy to move out from behind her desk, or that my 30-year-old brother won't stop playing with his My Little Pony Collection. I'm assuming that you want your links despite these ongoing conflicts in my daily existence...and I've finally gotten around to obliging you.

As always, let's do this chaotic, disorganized, anarchic, incoherent thing:

Travis at Wake Your Daughter Up posted a very impressive list of his 100 favorite songs of '06. You can cop every single joint he selected, including tracks by Bootcamp Click, The Roots, Little Brother, Lone Catalysts, Camp Lo, Soul Position, Nas, Jay-Z, J Dilla, Fatlip, Ghostface, Pete Rock, and many more. If you like hip-hop at all, you should definitely check him out: Part One Part Two.

A relatively insightful list of the Top Ten Creepiest Fast Food Mascots is available here. By the way, I now feel validated for being leary about eating sandwiches pushed by that possessed little Quiznos hamster/rat thing.

Download tracks by Public Enemy, Ultramagnetic MCs, and Wu-Tang Clan courtesy of floodwatchmusic. Also, don't sleep on floodwatch's post on RZA over at ear fuzz, complete with a few mp3s from the Japanese version of the Ghost Dog soundtrack.

Speaking of RZA's soundtrack work, this article from SOHH.com sheds some light on his involvement with the Afro Samurai series, and includes a link to view the first episode in its entirety.

Oh Word recently recapped a whole year of their undeniable "bloggy goodness"---don't be a fool and miss out on such treasures as "Crack Week" and "How The Fat Boys Nearly Bankrupted Sbarro" the second time around.

A couple of stellar joints can be copped by way of Afterbirth of the Cool---"People Say" by The Meters and Linton Kwesi Johnson's "Di Black Petty Booshwah".

Most of you have probably seen this already, but here's a blue-light special for the shut-ins: a free album that you can legally download--- Liberation by Madlib and Talib Kweli.

While we're on the subject of Madlib, many of his fans are aware of how frequently he's looked towards Melvin Van Peeble's discography for sampling purposes. Cop a few of Mel's finest recordings via Twelve by Twelve.

If you missed Keith Olbermann's heated reaction to Bush using the term "sacrifice" to justify his brainiac idea to send more troops to Iraq, take a moment to watch the video clip courtesy of Crooks And Liars. I only recommend this to those who can handle the truth...

Check out Surviving the Golden Age to download a variety of hip-hop joints by artists such as Brother Ali, Royce Da 5'9, Lord Finesse, Ghostface, and more.

Visit this is tomorrow to download some classic tracks by George Benson, King Curtis, The Heath Brothers, and yet another track by Melvin Van Peebles.

This is stupid, but somewhat amusing---this weird guy plays Queen's "Bohemian Rhapsody" with his hands. I can't even begin to imagine the amount of time it would take to develop such an incredibly annoying talent.

Pay a visit to one of my favorite "new to me" music blogs---Get Downnn. Recently featured artists include Nina Simone, The Coup, Mos Def, Ghostface, and The Clipse.

I'm a little late in delivering this one, but JT at Feed Me Good Tunes recently posted some great songs by the likes of Roy Ayers, Quantic Soul Orchestra, Wilson Pickett, Common, etc.

Download "I Know You Got Soul" by Bobby Byrd over at The "A" Side.

Go see my friend Havas at A Three Minute Record to read his James Brown tribute and cop some hip-hop joints that were heavily influenced by The Godfather. The artists featured include Public Enemy, Digable Planets, Pete Rock, Organized Konfusion, Eric B & Rakim, and Brand Nubian.

As you know, there have been an abundance of James Brown tributes on the internet lately---far too many for me to mention. One of the most diligent has undoubtedly been The Stepfather of Soul, who has been posting some phenomenal records ever since JB passed away on 12/25.

Hopefully you now forgive me for my lackluster ways...

"In the beginner's mind there are many possibilities, but in the expert's there are few."---Shunryu Suzuki
Posted by Scholar at 8:28 PM

hey scholar - thanks for the mention, i noticed we got quite a few visits from your site, and checked it out...really love it, you really have a ton of great material on here, i'll be sure to add it to our links and my own bookmarks...it's too bad, there aren't nearly enough hip hop blogs out there, so i'm glad i found yours...peace
bb
www.getdownnn.blogspot.com

Bruce---Thanks for dropping by and giving some feedback. Much respect for what you're doing @ Get Downnn. Peace.

Riko---If you also like Rainbow Brite and the Smurfs, you might just be my brother's soul mate.