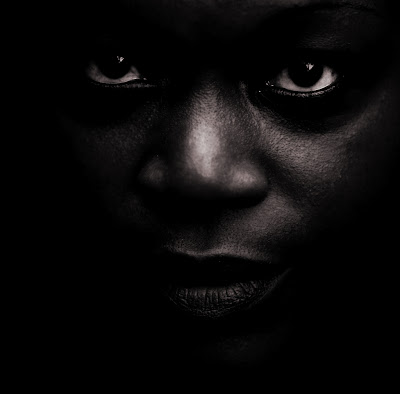 Barbara Lynn is an exceptional soul artist in every sense of the word. She's not only an astounding vocalist, she's also a songwriter and an excellent left-handed guitarist. In the early years of her career, she won talent shows with her all-female group, Bobbie Lynn and the Idols. Later, she was a backing singer for the Goldband label, but would begin recording her own material after being introduced to producer Huey Meaux (aka the Crazy Cajun). Eventually she would come to work with some of the biggest names in soul music, including The Temptations, Gladys Knight, Carla Thomas, Marvin Gaye, Dionne Warwick, Sam Cooke, B.B. King, Ike & Tina, Jackie Wilson, and James Brown.

Lynn released the original version of "I'm A Good Woman" in 1966, but I don't remember the alternate take surfacing until 1999, when Edsel Records (a UK label) released her Crazy Cajun Recordings LP. The song addresses an unfaithful and unappreciative lover with the palpable strength and conviction that characterized many of her finest recordings. For me, this has always been one of her most spirited, powerful, and heartfelt tracks.

Lynn is a relatively prolific and diverse artist, so I'd recommend digging deeper into her collection. Her discography can be found via The Soul of the Net.

Tame One perplexes my mind. I was impressed by his lyricism when I first heard him flex his skills on The Artifacts' debut LP, Between A Rock And A Hard Place (1994). He had my attention and respect at that point, but ever since, Tame has managed to put my loyalty through some serious stress.

After The Artifacts went their separate ways in 1997, Tame's material began to get increasingly inconsistent. His affiliations with various members of the Eastern Conference and Def Jux rosters spawned efforts which generally haven't lived up to our already-low expectations. While he has occasionally returned to form by releasing a quality joint like "Homage 2 The Bomberz", it can be taxing to extract his best work from the layers of mediocrity that surround it. As a result, hip-hop's notoriously brief attention span has presumably all but obliterated any lasting memories of Tame One.

Enter Tame's new mix CD, The Grudge: Fuck The Industry (Division East Recordings, 2007). It was released last month, but I didn't give it a whole lot of thought until one of my friends sent me a copy last week. I haven't listened to it enough yet to write a just review, but some of the hit and miss elements are already apparent. I'm not sure why he's been so intent on comparing himself to Kurt Cobain lately, but it's eerie...disturbing, even. That analogy pops up a bit too often for my taste, as does prepubescent humor and a few too many lackluster beats.

However, there are some exceptions to my overall disappointment, such as "Holla Real Y'All". Tame's lyrics on the joint may not constitute a masterpiece, but he still runs crazy circles around MCs who get a lot more press than he does. Besides, Shape's lazy beat has this jazzy, mellow vibe that's nice enough to carry most of the track's weight on its very own.

I can't promise that you'll like it, but what the hell? At least give it a try...At the rate we're going, this CD might end up higher on this year's best-of list than you might think.

"You've Got To Change Your Mind"---Bobby Byrd and James Brown

Although it may be apparent that James Brown had more star power, it's important not to underestimate the role that Bobby Byrd played in building the Godfather's legacy. Byrd and Brown formed an alliance in their youth when they met at a juvenile detention facility. When Brown got released, he stayed with the Byrd family, and began working with Bobby's group, The Avons (also known as The Gospel Starlites). The Avons eventually became The Flames, and then The Famous Flames. Although JB ultimately moved to the forefront, Byrd remained a vital part of James Brown's "revue crew", and has enjoyed a relatively prolific solo career as well.

Since James Brown had a major influence over the production and arrangements of Byrd's solo tracks in the '60s and '70s, critics sometimes took issue with his material for lacking adequate distinction from the signature JB sound. That said, many of Byrd's recordings were phenomenal in their own right, and pleasing to just about anyone who can get down with James Brown. "You've Got To Change Your Mind" is a sweet, soulful duet that sheds light on the amazing synergy that was created when these two men collaborated.

If you're interested in checking out more of Byrd's material, you may want to start with Bobby Byrd Got Soul: The Best Of Bobby Byrd. It's the most complete collection of his work that I know of, and sample seekers will lose their minds trying to place all of the breaks that have been lifted from this collection of grooves. View Bobby Byrd's complete discography here.

Ebony Rhythm Band was the house band for Indianapolis, Indiana's LAMP Records in the late '60s and early '70s. They provided some excellent backing tracks for many of the funk and soul groups who were on the label at that time, but failed to achieve much recognition on their own. They released only one single during that time---"Soul Heart Transplant"/"Drugs Ain't Cool". The other material they had recorded became obsolete after the group disbanded, and the "Soul Heart Transplant" 45 became somewhat of a sought-after gem.

In 2004, Now-Again Records (a division of Stones Throw) finally released these recordings on Soul Heart Transplant: The LAMP Sessions LP. "Vanilla Fudge" is just one of many worthwhile tracks on the album. I chose it to counterbalance the impression that they were exclusively a heavy funk outfit. In truth, their music is too diverse to pin down to any single genre. The sounds they created are an aural collision of soul, funk, jazz, psychedelic rock...and the kitchen sink .

"Vanilla Fudge" is slower and more---trippy?---than some of their other songs, but it showcases their diversity rather well. Furthermore, it makes some sense of what their drummer, Matthew "Phatback" Watson has said about the group: "We weren't scared to do rock. We were the first black hippies. We had bell bottoms on, and big hats". That, soul children, explains everything you should need to know...

The fact that this joint has been around for a decade really makes me feel old, but I can't dwell on that point right now or it might seriously fuck up my flow...

Anyway, Cloud Nine was released in 1996, and was easily one of my favorite hip-hop records that year. Why Nine didn't go on to become one of the greatest rappers alive is still one of life's great mysteries. He showed supreme potential on this album and its predecessor (Nine Lives, 1995), but excluding guest appearances, I think he pretty much disappeared after this record dropped. I copped the B-Sides & Unreleased stuff the second I discovered it, but I haven't come across anything since. If there have been any recent sightings, hopefully Travis, Dan, Vik, or Jaz can enlighten us. I'd rather do the whole needle-in-a-haystack thing than search for "Nine" on the internet...forgive me.

On "Make Or Take", Nine explores the frustrations of racism and economic disadvantage, and relates how situations in life can drive you to do-or-die to get your little piece of the pie. Both he and Da Hustler more than hold their own on the mic, delivering some relatively elevated wordplay without ever losing their flow. Their collaboration resulted in one of the dopest tracks that Nine ever recorded.

So...if you've never heard this joint before, consider today your birthday and shit. And just in case it's your mama's birthday, too---here's the video.

"I put my heart and my soul into my work, and have lost my mind in the process."---Vincent van Gogh
Posted by Scholar at 5:36 PM

Scholar, the last time I heard Nine was on the last Juggaknots album and it didn't even sound like him.

You probably already know this (but if not)Nine started off with the name 9 Double M in the group Deuces Wild with Funkmaster Flex in 1988, they released Five Times The Rhymer


as always dope and informative posts.

I was just gonna hit you with the Juggaknots knowledge but Jaz beat me to it! Yea, the voice has gone, I read a relatively lengthy interview with him at some point...

and I just found the link:

The most indepth I've seen and explains industry troubles etc.

I'm a little late as my boys already have it covered. Nine has a myspace page where he states he is on the comeback, which would be cool with me. I thought he sounded cool on the Juggs album. There is also a Part 2 of that B-sides floating on the internet that is shorter, but has a few more joints I hadn't heard of before.

Nine is defintately one of my favorites, and I have a feeling you'll be seeing more of the 9 Double M stuff in the future...hint hint....

I totally co-sign on Tame One. He's a viciously talented MC with ridiculous wordplay and tons of personality. I think his work on the Leak Brothers album with Cage was absolute FIRE!

I just wish he had a better ear for beats. He's worked with J-Zone, Mighty Mi, El-P, Camu Tao, but after listening to "The Grudge" and that weird ass "Spazm" experimental album he did with some Euro producers, it's hard to get past the subpar production and really get down with his rhymes, which are always sick.

I am luvin' that Babs Lynn song. Never heard of her before, but that's a good one.

Jaz---I've been a Nine fan for years, but I didn't know about Deuce's Wild until just recently. Thanks for the mp3 link---I'm sure some of my peoples will want to cop that joint.

You definitely enlightened me about The Juggaknots affiliation. I liked Re:Release, but I tend to forget about those guys for some reason.

Anyway, much appreciation for the knowledge, man.

Dan---Good looks on that Nine interview. I think that might be the first Q & A with him I've ever come across.

Travis---I never looked for Nine on MySpace. I would have expected to see him on a milk carton first.

Damn...even the Pope has a MySpace page, doesn't he?

Looking forward to the 9 Double M...

zilla---Tame definitely needs some help finding beats to match up with his supreme lyricism. I can't even listen to "Hip Hop (Call N Response)" until I find a remix. I don't think the Kool Keith/Anti-Pop Consortium vibe is a good look for Tame. I'm pretty open-minded with my taste in hip-hop, but certain elements just don't mix well.

Anon---Glad you like those tracks. Thanks for checkin' me/them out.

Scholar, you really should check that "Use Your Confusion" that the Juggaknots dropped in Nov. I love that album, good stuff

that Babs Lynn track is amazing!!! if you find any, we want more more MORE... :) thanks for sharing this

as for the Tame One, actually about the Shape's jazzy beat -- the sample is from Stan Getz's legendary track Samba Triste... The original is incredible, check it out if you can, but the beat turned out pretty fuckin nice too...

Anon---Thanks for the info---I'm not familiar with that Stan Getz track, but that gives me something else to dig for.

I actually have quite a few Babs Lynn tracks, including the Crazy Cajun compilation. I'll post some more soon, but if e-mail me, I'll send you a couple of gems.