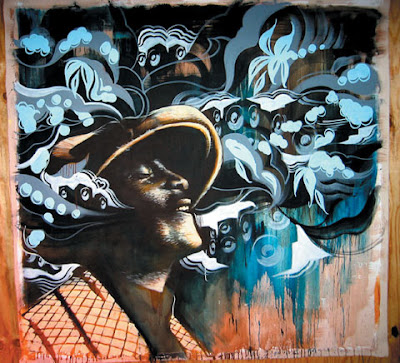 Laura Lee Newton was born in Chicago in 1945, but her music career began in Detroit, where she spent the majority of her childhood years. Her adoptive mother was in a gospel outfit called The Meditation Singers, and Lee's musical legacy began when she started performing with the group in her adolescent years. In 1958, they released Amen, a full-length LP featuring Della Reese as the lead vocalist.

Lee's solo debut was also her first secular recording---a song called "To Win Your Heart", released on Ric-Tic in 1966. The following year, she signed a deal with Chess Records, and began recording material at the legendary FAME Studios in Alabama. It was there that she recorded the bulk of her most outstanding work, a collection of deep-soul cuts that simply cannot be denied.

By 1970, Lee had moved to Holland-Dozier-Holland's Hot Wax Label, and was generating somewhat funkier material with a distinctly feminist edge. Unfortunately, some of her most well-known anthems from this period, such as "Wedlock Is A Padlock", were often met with a degree of ambivalence. Some listeners took her a bit too seriously, and were put off by what they perceived as militance on her part. Others failed to see any relevance in these records, too easily dismissing them as a novelty or gimmick. Either way, it seems that at some point, her material began to overshadow her enormous talent.

I actually can get down with most of her "sisterhood is powerful" jams, but I decided to put the spotlight on a record that strikes me as the best of both worlds. "Are You Doing Me Wrong" is one of the soul gems that she recorded for Chess, but it certainly gives you a hint of just how proud and sassy Ms. Lee could truly be.

If you are interested in acquiring more info, by all means---educate yourself...

"Sugar Lee" is one of the most lively and enjoyable tracks that Donny Hathaway ever recorded. It's primarily an instrumental groove, but you can hear some playful chatter and organic hand clapping in the background. Although I have nothing but reverence for Hathaway's heartfelt ballads and social commentary pieces, it's still refreshing to hear him cut loose a little bit on this energetic jam session.

"Sugar Lee" appeared on Hathaway's debut LP, Everything Is Everything (1970). A complete discography, along with some biographical info, can be found via soulwalking.

As all hip-hop fanatics know, Nas' Illmatic LP (1994) is considered a classic by...just about everyone. At the very minimum, most heads are willing to admit that this is the record that put Nasir Jones on the map, and helped to author his page in the book of the greatest MCs of all time. He achieved this by crafting his own brand of street poetry on the album, utilizing superior verbal skills and exceptional wordplay to his supreme lyrical advantage.

"One Love", a joint that was originally produced by Q-Tip from A Tribe Called Quest, offers a prime example of the incredible storytelling abilities Nas showcased on the LP. The Curbside Prophet remix isn't necessarily better than the original version, but it does speak volumes about the versatility and timelessness of Nas' lyrics from this period of his career. Even if hip-hop is dead, at least we still have some very good memories...

Fortunately for you, I don't know enough about this record (or this Guy) to ramble on about it for very long. I do know that Guy Pederson was an extraordinary session bass player, and that he appeared in the 1961 film Paris Blues. However, that's pretty much the extent of my wisdom on the subject.

I don't make it a habit to feature artists/songs that I know absolutely nothing about, but trust me...this track is worth putting my ignorance fully on display. It's an instrumental groove of extraordinary quality, which is to say...it kicks ass. Not sharing this with you seemed completely immoral.

Anyway, if you happen to know anything about this record, please be kind enough to school the rest of us...

This joint is from Nice & Smooth's self-titled debut album (1989), an underappreciated hip-hop LP that was released on Sleeping Bag Records. For whatever reason, many people (including VH1) seem to think that the group's first record was Ain't A Damn Thing Changed (1991). I consider that unfortunate, because there are actually quite a few gems on their authentic debut.

However, you definitely can't approach this duo with a thug's mentality. These guys have no problem getting silly, whimsical, and downright bouncy with it---but I'll be damned if they ain't got skills...

Hopefully, "No Delayin'" will represent strongly enough to make you interested in diggin' deeper.

"He who cannot dance will say: 'The drum is bad'"-----African proverb

Thanks for putting me up on Guy Pederson and Laura Lee.

i've made a second set of remixes


The "Eardrums shall fail" blog said:

"Rarely have I heard a reinvention of music I was, or thought I was, familiar with, in such unexpected ways. "

"interesting bedroom remixes, some of the best I've heard in a long while. "

Great post. Donny is untouchable and his music still sounds incredible 30 years later. I think we'll be saying that about "Illmatic" in another 10-20 years.

Nice post, as usual, Scholar. I have a friend - thoroughly well-versed in all aspects of hip hop - who still claims that "One Love" is the greatest hip hop song ever recorded.

I don't believe I knew that Nice & Smooth had a record before Ain't a Damn Thing Changed. Thanks for the enlightenment...

scholar -
a lot of folks overlook donny's skills at the keyboards, due to his UNDENIABLE skills with his vocal cords.

sugar lee is a fun track and fits well in the middle of his debut (his best in my opinion).

good looks on the guy pedersen track. i don't know anything bout the dude, except that track SMOKED.

the BASS was worth the price of admission alone.
PEACE,
Vik

I personally think that the S/T Nice & Smooth LP is just as nice as anything else they've put out. It's just unfortunate that Sleeping Bag didn't have the resources back then. I'm not sure if it got the re-release treatment when Def Jam signed them or not, like EPMD's first album did, which was also originally on Sleeping Bag

R---You're welcome. Thanks for the feedback.

"Bruno"---Ugh---I really prefer when I get these links via e-mail. Then I don't feel like this spot is being used as an advertising tool, but whatever...The "Ms. Jackson" remix really is pretty dope, regardless.

Zilla---I hope that hip-hop in general will be given its proper due over time---especially quality joints like Illmatic. Too many people still fail to recognize the genre as an art form.

E-mail me when you do some new mixes, or if you still want me to check out the Clean Guns CD. I'm definitely up for giving you a shout.

Flood---If you're interested in any of the other tracks from the Nice & Smooth LP, send me an e-mail and I'll hook you up. Considering the kindness and respect you've given me, it's the least I can do.

Vik---The bass on that Pederson track gets me so hyped it's ridiculous. Glad I'm not the only one who thinks that shit is amazing.

Solidarity on your comments about Donny---he truly is an iconic vocalist AND musician.

By the way, the list of "whys" you posted the other day was classic material. Props.

Thanks for the one love remix - I like it but in my opinion it can't touch the original. I saw an interview with q-tip once where he said he was trying to produce a track which painted a picture of nas as a monk; some mystical type vibe that I think does come across in the track.