Fresh Out The Fryin' Pan Into The Fire 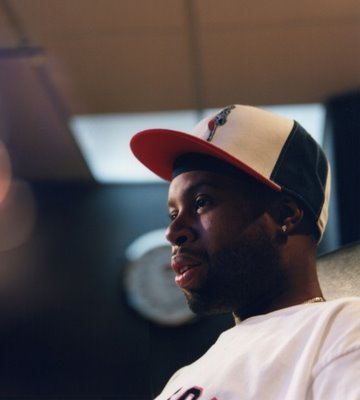 I know that I can't possibly supply you fiends with enough good music to satiate your carnal auditory desires, so I went back to the crates to unearth some more treasured sounds:

"Something You Got"---Alvin Robinson
Although it seems impossible to sound enthusiastic and weary at the same time, Robinson somehow managed to capture both of those feelings in equal measure on this track. Everyone should download this mp3. Share a copy with someone you love, like your grandma. She'll appreciate it, too---I promise.

If this song sounds familiar to my hip-hop heads, let me save you the mental exertion---RJD2 sampled this record on "Work".

"Good To Me"---Irma Thomas
I'm obviously in the mood for some good old New Orleans soul, and Irma reigns as the indisputable Queen. This particular song is her amazing rendition of an Otis Redding track. Ms. Thomas recorded this tune at Muscle Shoals, and it was originally released on Chess Records. I can't recommend this song highly enough, but I have an admitted bias---it's been a longtime favorite of mine. Hopefully you, too, will be souled on its merits.

"Public Service Announcement (DJ Ernest Borgnine remix)" ---Jay-Z
Yet another bedroom/basement mix of a track from Hova's Black Album. Especially considering how short this joint is, even the haters have to admit that Jay packed a lot of lyrical punch on the track. If you try to front on this, Jigga might just "shoot at you actors like movie directors".

"The Bodega"---Skyzoo/ 9th Wonder
I don't know enough about Skyzoo to say a great deal about his skills on the mic. This joint comes from a mixtape called Cloud 9: The 3 Day High. I get so caught up in 9th Wonder's beats that I usually have unconditional love for his projects and productions. This is no exception...

"Feel the Beat"---DJ Dub/ J Dilla
"Beat 6"
"History"
All three of these joints are from DJ Dub's mixtape: J Dilla: Legacy Volume One. Dub is one of those DJs who likes to shout himself out a little too frequently for my personal taste, but overall, this is a relatively solid mix. I don't know about you, but I still miss Jay Dee. Dead or alive, I love that brotha like a pork chop.

"When the water starts boiling, it is foolish to turn off the heat"---Nelson Mandela
Posted by Scholar at 12:52 PM

The Sebi Next Door said...

I love Alvin Robinson! His music and his lyrics speak for themselves. And I don't know why, but Robinson's music is always able to motivate me to be good.

Thanks for stopping by, Sebastian. Glad you dig the Alvin joint.

Glorious, glorious, glorious. Again! Yr kinda getting me more excited for the complete return of Jay-Z. That single is kinda infectious, no? Every day I flip-flop on it.

We need to collaborate sometime. I have a project in mind.... get in touch whenever ya have a chance.

Thanks for da propers.

I changed my address to souledonmusic@hotmail.com. If I don't hear from you by later this week, I'll do the hollerin'...