You Gotta Listen To Hear 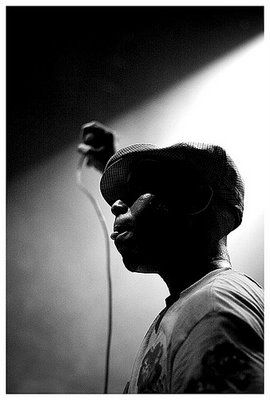 Bangin' on your eardrum with the sound of some amazing music:

"That's How It Feels"---Soul Clan
Soul Clan was a legendary soul supergroup comprised of Solomon Burke, Arthur Conley, Joe Tex, Ben E. King, and Don Covay. There is quite an interesting backstory on the group's origins, including the fact that Otis Redding and Wilson Pickett both planned on being part of the project when the idea was first conceived. Unfortunately, only two Soul Clan tracks were recorded, this being the B-side of the single. More information on the group is available here.

"Girls Can't Do What the Guys Do"---Betty Wright
As I mentioned in my last post, JT at Feed Me Good Tunes recently posted some classic soul joints, including "Secretary" by Betty Wright. This inspired me to revisit some of my favorite songs by her, and in my humble opinion, this particular track is an absolute gem. Apologies in advance to any soul sistas out there who think "screw being a lady" after listening to this mp3 ;)

"Listen (Sparks Fly Remix)"---Talib Kweli (featuring Q-Tip)
This joint is from Kweli's Brooklyn Tennessee mixtape. Out of 35 tracks, there were approximately three that I seriously considered posting. This one just seemed destined to reach my peoples...

"Threat (Fresh Prodeuce mix)"---Jay-Z
Travis made a good point in the comments section today. It really has become sort of "uncool" to like Jay-Z anymore---at least in certain circles. I guess it's pretty obvious at this stage that I don't give any kind of shit about being cool. Besides, if I posted music based only on popularity, I'd be writing about Clay Aiken and Chingy. This blog would have no heart, and if it existed at all, it would be called Souled Out..."The greatest" trumps "the latest" every time.

The weed takes me off on tangents---I know--- but what I meant to say was that this is a dope mix from FP's Green Album. Uhhh...enjoy.

"Super Freak"---Just Blaze
Readers who went to Soul Sides to download Jay-Z's new song ("Show Me What You Got") probably noticed that Oliver also posted another fresh Hova joint as a bonus---"Kingdom Come". Just in case you slept while this was circulating, here is a studio version of the beat for this joint that JB recorded back on February 28th. The best thing about it is that Just talks, laughs, and cuts up all over the track. I consider this an absolute must for rap nerds everywhere.

(Afterthought: This track still appears on Mr. Blaze's MySpace page---I guess these days it's called "Bored". However, you can only stream the audio from there, so you know what to do...)

"No one is as deaf as the man who will not listen"---Jewish proverb
Posted by Scholar at 9:46 AM

Shit, I missed that Kweli/Tip track when I listened through that album. Yeah, it was rather weak IMO as well

Travis---it's kinda odd that you overlooked that track because I almost did, too. I was planning to post the joint w/ Little Brother, and when I went to upload it, I found the one w/ Tip. Didn't even remember hearing it before.

By the way, thanks for the link props over at WYDU.

Good looking for that Soul Clan Track!
are you going to post the A-side single also? much love
J.