Deep Into The Groove 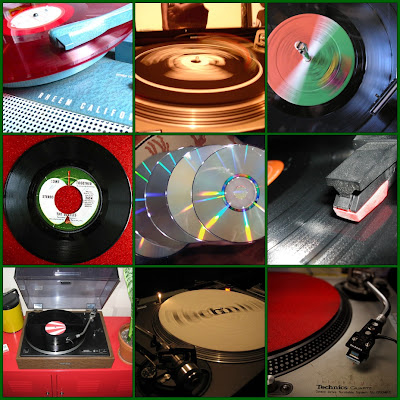 Although The Skull Snaps remain somewhat of a musical obscurity, crate diggers have helped to make their self-titled debut album somewhat of a cult classic. After the band released this effort in 1973, they pulled a disappearing act, creating an air of mystery that has fascinated and intrigued record collectors for decades. Interest in the LP has also largely been driven by the fact that it's been sampled countless times by a variety of hip-hop artists. The opening drum pattern on the track "It's A New Day" has been utilized too many times to mention. According to most of the sources I've read, Dooley-O was the first artist to sample the song, followed by Eric B & Rakim, MF Doom, DJ Shadow, Diamond D, Showbiz & AG, The Pharcyde, Redman, Gang Starr, Public Enemy, Peanut Butter Wolf, Erik Sermon, Digable Planets, and many others.

Since a great deal of attention has already been focused on "It's A New Day", I decided to feature a different track from the LP. After all, this album is much more than a treasure trove for sampling artists---it's an exceptional recording that deserves to be appreciated on its own merits. While the group is generally labeled as funk, most of the tracks on the LP bear a distinctly soulful element. For example, "My Hang Up Is You" is a powerful love song, reminiscent of qualities exemplified by groups such as The Temptations and The Dramatics.

The wisdom that this song imparts is the necessity of feelin' your loved ones way more than dope. All I need is you baby, and I'll be super high 'til I die..."I don't need no dope to feel like I wanna fly..."

In 2004, the Skull Snaps LP was re-issued by Aztec Music, and Ten12 Records has also recently released a couple of 12" singles by the group. View their complete discography here.

Manu Dibango is an incredible vibraphone player and saxophonist who's renowned for developing a sound that's a hybrid of jazz and traditional Cameroonian music. He's successfully experimented with many other styles as well, including spirituals, reggae, soul, the blues, and more.

Adding to his relevance to music history is the fact that his "Soul Makossa" single (1972) is widely considered to be one of the first disco records to hit the airwaves. People who don't love disco may not accept that distinction as a worthwhile claim to fame, but it's actually quite an outstanding record. Michael Jackson loved it so much that he stole a little bit of it for "Wanna Be Startin' Somethin'". Because karma is such a bitch, Jackson eventually had to pay Dibango compensatory damages.

Once again, I wanted to focus on an underdog choice---the jazz/funk/African groove called "New Bell". It's my favorite track from the Soul Makossa LP, which speaks volumes considering how truly brilliant the entire record is.

Hopefully you won't allow the pervasive fear of "world music" to interfere with your willingness to give this record a chance. If you know what's truly good for you, you'll at least give it a spin.

When I first learned that this duo had covered John Lennon's most famous solo recording, I wasn't particularly interested in hearing the results. I've never been a big fan of Nu-Mark's crew (Jurassic 5), and I still don't know shit about Pomo, except that he's a hip-hop producer from the West Coast. Furthermore, I couldn't really conceive of the song sounding particularly dope on the wheels of steel. Fortunately, an insightful friend forced me (at gunpoint) to listen to it. As it turns out, it was somewhat idiotic that I put up such a defiant resistance before simply giving their rendition a try. Sadly, I think my friend may still bear a few scars from the incident.

In truth, the Blend Crafters LP (2004) was a relatively solid effort overall, and the jazzy hip-hop vibe of the "Imagine" instrumental has always struck me as one of the strongest cuts on the album. It's easily one of my favorite interpretations of the song now, but let's keep that between us. My friend would probably be all pissed off and bitter if he only knew...

"Supermarket Blues" is a priceless track from Headless Heroes of the Apocalypse, a controversial album which succeeded in making quite a few people uncomfortable when it was released in 1971. After all, it's abundantly clear from the tone of Heroes that singer/songwriter McDaniels was extremely frustrated with the political, social, and racial climate at the time when he recorded the album.

Although more than 35 years has passed since this record was released, mainstream America still doesn't particularly understand or want to hear the voice of the angry black male. As just one example, think of the backlash that ensues when MCs throw verbal darts at unethical police practices such as racial profiling. Apparently, it's still not entirely acceptable to fire shots at "The Man", even when the attack is only verbal.

Consequently, one can only imagine what the overall response must have been at the time when Heroes was originally released. Its merits as an outstanding jazz recording were undoubtedly overshadowed by a fear of what was perceived as militance on McDaniels' part. It was widely rumored that Spiro Agnew (Vice President during Richard Nixon's Reign Of Deception) contacted Atlantic Records demanding that the record be pulled off the shelves. Whether that's true or not isn't all that important. The tale manages to illustrate just how threatening McDaniel's musical message was perceived to be.

"Supermarket Blues" relates an incident in which the narrator gets a critical beatdown when he is merely trying to return a can of peas to the grocery store. Parts of the song sound humorous and/or awkward now---the 70s slang realistically has some bearing on how the song is interpreted in today's terms.

That said, this record is every bit as relevant now as it ever was. However unfortunate it may be, the concept of unwarranted racist brutality isn't nearly as outdated or antiquated as one would hope...

A more general overview of McDaniels' career can be found here.

I'm not all that proficient at making best-of lists, but if I were to name some of my favorite hip-hop artists, Digable Planets would definitely be somewhere in the mix.

This track is one of the stand-outs from their Blowout Comb LP (1994), an album featuring a seamless blend of jazz, hip-hop, and trippy bohemian rhymes. Incidentally, the joint also boasts the distinction of being the inspiration for the moniker adopted by the soulful hip-hop producer of the same name.

I could go on about how essential this record is, but why bother? I'm sick to death of typing right now, and the track itself sounds better than anything I could possibly say about it. Listen and simply nod your head in agreement...

"If you don't like what you're doing, you can always pick up your needle and move to another groove."
Timothy Leary

As an afterthought, "Supermarket Blues" was sampled by Madlib on Quasimoto's "Return Of The Loop Digga".

I waver with that Blend Crafter's cover of Imagine. I really like the beat but I find the chorus section a bit 'lounge jazzy' for me. Still, an enjoyable and interesting interpretation.

That is a great track from Manu Dibango. I love Mandrill's "World" music and find it amusing that many consider Brooklyn out of this world.

Ray Baretto is another favorite. Bring on the conga beats.

I don't know what it is Scholar, but this is the sweetest spot I know of to discover new music. I usualy don't visit many track sites anymore. Too many blogs are giving away whole albums for me to be bothered but this is my plaaaccce. I keep learning new stuff I ain't never heard and it keeps me coming back. Thx for the intro to Eugene and skull Snaps this time around.

wow. another great collection. Thanks ! for the Skull Snaps track. I haven't heard Manu Dibango for years (I have some of his '80s stuff on Celluloid/OAO records). But I gotta say, I've never even heard of Eugene McDaniels (so much for the jazz head cred). great stuff.

oh, and yeah, Diagable Planets definitely in my top 5 or 10 hip hops groups of all time. & the Blowout Comb certainly in my top ten albums.

Dan---I actually know what you mean about the lounginess factor. I don't mind hangin' at the lounge, though--as long as I can kick back and smoke a blunt in that piece.

Debs---I actually have some Mandrill lined up for a future post. I've been doubtful that I could get many of my readers interested in their music, but at least you'll enjoy it, I guess.

Your comment about people thinking that Brooklyn is out of this world is too true...Nice.

Lamont---Gratitude, man. It's cool to be relevant, right?

Matt---I think it's impossible for us, even as obsessed as we are with music, to know every single artist and group in the genres of our "expertise". I always feel foolish when I come across something that I think I should have heard before, but therein lies the whole reason why we are compelled to keep diggin'.

I'm so jealous about your fancy stuff so much seriously! please post a second part!