Soul peoples in the place to be---it's with great pride that I introduce the first guest writer since Vik came through with "Slang Meets Soul". Call this the beginning of a series if you'd like, but my approach to collaborating with other bloggers is essentially lawless and without boundary. My hope is to periodically break the monotony a bit by surrendering complete creative control to some of the greatest minds on the interweb. The content and theme will be entirely to the guests' discretion, and if this submission is any indication, I think this will be a great way to keep things fresh and entertaining around here.

Now that I've gotten that lengthy introduction out of the way, I'm turning things over to the man of the hour---the one and only Dan Love. Dan is the mastermind behind one of my favorite spots in the blogosphere, From Da Bricks. My respect for this guy is immense, primarily because he's exceptionally knowledgeable and enthusiastic about music. He's also got an excellent sense of community, readily displaying his willingness to network and lend encouragement to fellow writers and music lovers around the globe. This is family we're talking about here, so be sure to give him some props for taking the time to bless us with his knowledge---Scholar 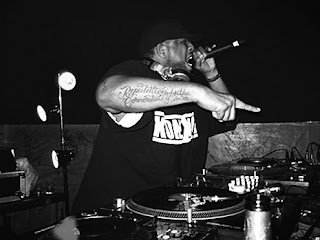 There has been a spate of guest posts kicking about in blogworld recently, and I think that it has been a refreshing development that clearly cements a sense of community between our disparate corners of the internet. Devoid of all of the normal nuances of human interaction such as voice and facial expressions, it is sometimes hard to know who exactly constitutes your ‘community’ as a blogger, and it has taken me over six months to build a clear sense of those that I would consider to be ‘fam’.

Given that I have long considered Scholar to be a part of my net-based crew, it was a pleasure to be contacted by him and offered a guest spot here at the mighty Souled On Music. Without getting too sycophantic about it, this blog has been an inspiration to me since joining the online hip hop community, and much of my recent digressions into sample sources have been a result of checkin’ into sites like Scholar’s. As this is the case, I felt I had to come with some sample-based goodness for this post, and who better to discuss than the one and only DJ Premier, one of the genre’s most highly revered crate diggers. Two Primo bangers and the two songs that inspired them: let’s get it on.

You Know My Steez Beat Deconstruction 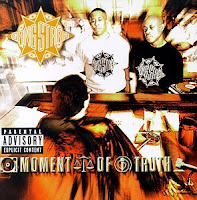 Believe it or not, ‘You Know My Steez’ was the first Gangstarr song that I ever heard. I can remember seeing the video on MTV when it was released in ’98, and running out almost immediately to cop ‘Moment Of Truth’ such was my enthusiasm for the song. For me, it remains one of the clear standouts from the crew’s fifth and last great LP, and ranks amongst one of the best single songs in their extensive and astonishingly brilliant catalogue.

Primo’s skills behind the boards really shine here, chopping up the initial couple of bars from Joe Simon’s ‘Drowning In The Sea Of Love’. The way in which the sample is flipped here is truly sensational, an attestation of Premier’s ability to transform the music of old into something distinctly modern and unique. Like all great Primo beats, it is instantly recognisable as a product of the man, with rugged drums (the snares on ‘You Know My Steez’ are ridiculous) and that infectious head nodding quality that threatens to leave you looking like someone rocking themselves to sleep in the corner of a padded cell. Trademark chorus hook scratches and Guru’s inimitable monotone round the cut off perfectly, making ‘You Know My Steez’ a staple of the Gangstarr canon. 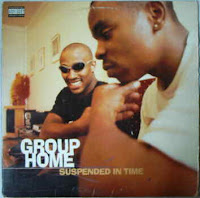 Despite the somewhat exhausted commentary on the shortcomings of Lil’ Dap and Melachi’s mic abilities, ‘Suspended In Time’ goes down as one of my favourite cuts on the group’s debut ‘Livin’ Proof’, with both MCs putting in some of the more listenable vocal performances on the album over one of Preem’s most outstanding compositions. Whereas ‘You Know My Steez’ demonstrates his astute ability at chopping up a break, ‘Suspended In Time’ instead highlights his incredible ear for interesting samples that would pass the average producer by.

The Incredible Bongo Band’s ‘Pipeline’ is a far cry from their uptempo b-boy anthem ‘Apache’; instead this is a song that begins with a lilting pace and dreamlike atmosphere, building steadily to a climax of horns and percussion. Primo focuses in on the opening of the track, transposing the sounds of gulls and lulling instrumentation into their new hip hop context for the Group Home joint. Whereas some old funk and soul songs seem to cry out to be torn up by an SP-1200, you would be forgiven for this particular sample passing you by altogether, and therein lies the crate digging genius of DJ Premier. Teamed up with another heavy drum track, this beat feels spacious and beautiful, again carrying the usual hallmarks of his production style with another sublime scratched chorus hook (has anyone ever done this more effectively?) and subtle beat manipulations such as the pounding bass kicks of the song’s opening bar. Just imagine what this would have sounded like with Jeru riding the groove…

Whilst I’m on the Premier tip, make sure you check into Floodwatch Music immediately, as Flood has just put together a brilliant 62 minute mix of pure Premier goodness that is one of the best things I’ve seen come out of the ever-expanding blog game. If you liked what you read here then make sure you come and check out my spot at From Da Bricks for writing and topics along a similar lines: you’ll be most welcome. Props to Scholar for giving me the opportunity to spread my wings a little, a return invitation has been extended: the gauntlet has been categorically thrown down. Hold tight y’all…
Posted by Scholar at 8:01 AM

Great stuff Dan & Scholar! Very good read Dan, you two have taught me more about sample sources than probably anyone else online.

What I like about both Dan and Scholar is that they can break down technical pieces of a song or sample without losing my interest. The analysis of "Suspended in Time" makes me appreciate that track more. Good looks.

Nice one. You guys should have called it From Da Soul.

Fantastic drop, Dan. I second Zilla - my analysis of tracks tends to get WAY too technical, but you always manage to keep it refreshing. Thanks for the shout!

Thanks for the comments all. I'm glad my extended ramblings on sample sources are going down well; the geek in me loves researching and putting these posts together.