Believe Those Who Are Seeking Truth; Doubt Those Who Find It 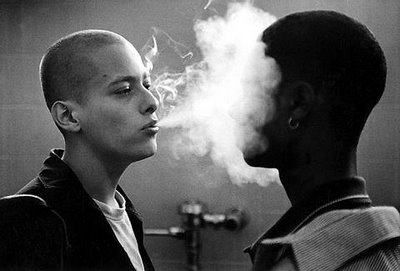 I'm sure that you've already heard the most shocking bit of news I've encountered all week---Pluto has been demoted, and is officially no longer a planet. Will the powers-that-be ever realize how much it rearranges our perception of things when they go around making major changes like this? This certainly isn't the first lie taught by "the establishment" that I've inadvertantly bought into, and I'm quite sure that I'll be fooled again at some point in the future. Here are just a few of the truths I've uncovered, despite the blinding smokescreen of misguided information I've been exposed to over the years:

Michael Jackson loves children, but not necessarily in that "let me take you to Disneyland" kind of way. I'm sure you can guess that I've been thugged out since the Cub Scouts, but when I was short and unimportant, I secretly wished that MJ was my friend. Thankfully, that dream never materialized. Although Caucasian women don't generally fit the profile of a serial pedophile, there's always the possibility of an exception to the rule. This is one of them, kids. I'll bet you a gallon of Jesus juice...

Tomatoes are fruits, not vegetables. This one may seem sort of trivial, but it's definitely had a major effect on my ability to trust food. For years, this realization has caused a certain suspicion towards every so-called "vegetable" that crosses my dinner plate.

Bill Cosby gets paid to eat Pudding Pops. At one point, I actually believed that Dr. Huxtable liked eating those, especially when he was wearing an ugly-ass argyle sweater.

Santa Claus, The Tooth Fairy, and the Easter Bunny are all figments of our parents' warped imaginations. This boy Jimmy, who rode on the same (short) school bus that I did, cleared up all the valid questions I had about the feasiblity of Santa's existence. How many fat guys in red pajamas do you know who can move fast enough to make it down the driveway that quickly, let alone the globe? Why would a bunch of tiny gay guys do all of his dirty work? If he keeps such an extensive list, how does he manage to bring me fuckin' Candyland every year?

In all of his wisdom, Jimmy was also able to make me see the utter failure of logic that it takes to believe that a giant bunny lays all of those eggs. I also discovered later in adulthood that the only way to see pink and blue bunnies involves copping some truly outstanding drugs.

I'm proud to admit that I figured out that the Tooth Fairy was fictitious without Jimmy's assistance. Most of the people I know who don't have teeth are broke as hell, son.
Posted by Scholar at 11:01 PM