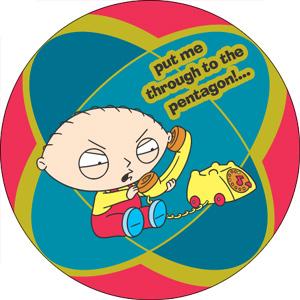 In the 1970s, William Shatner did quite an interesting rendition of Elton John's "Rocket Man". After viewing Shatner's performance of the song, I can only hope that it was somewhat tongue-in-cheek. Even though I was born in that decade, it's really difficult for me to discern whether most people then took themselves seriously or not. A lot of the culture of the 70s was inexcusably retarded (Bay City Rollers, anyone?) That could be a dissertation in and of itself, but there's no time for that now (and probably will never be). Stewie on Family Guy later parodied Shatner's version of the song, and the results were quite impressive. See Shatner AND Stewie's versions here: http://gorillamask.net/rm.shtml
Posted by Scholar at 6:48 PM